Recent publications in the press about Isabelle Müller

The book „Loan – Aus dem Leben eines Phönix“ was the basis of a documentary film about the leading actress. Three episodes of 20 minutes each were shown on Vietnamese television in October, 2019. The according film of one hour was presented during a big premiere in the movie theater of Ha Tinh (the former village in which “Loan” grew up) to 700 people. 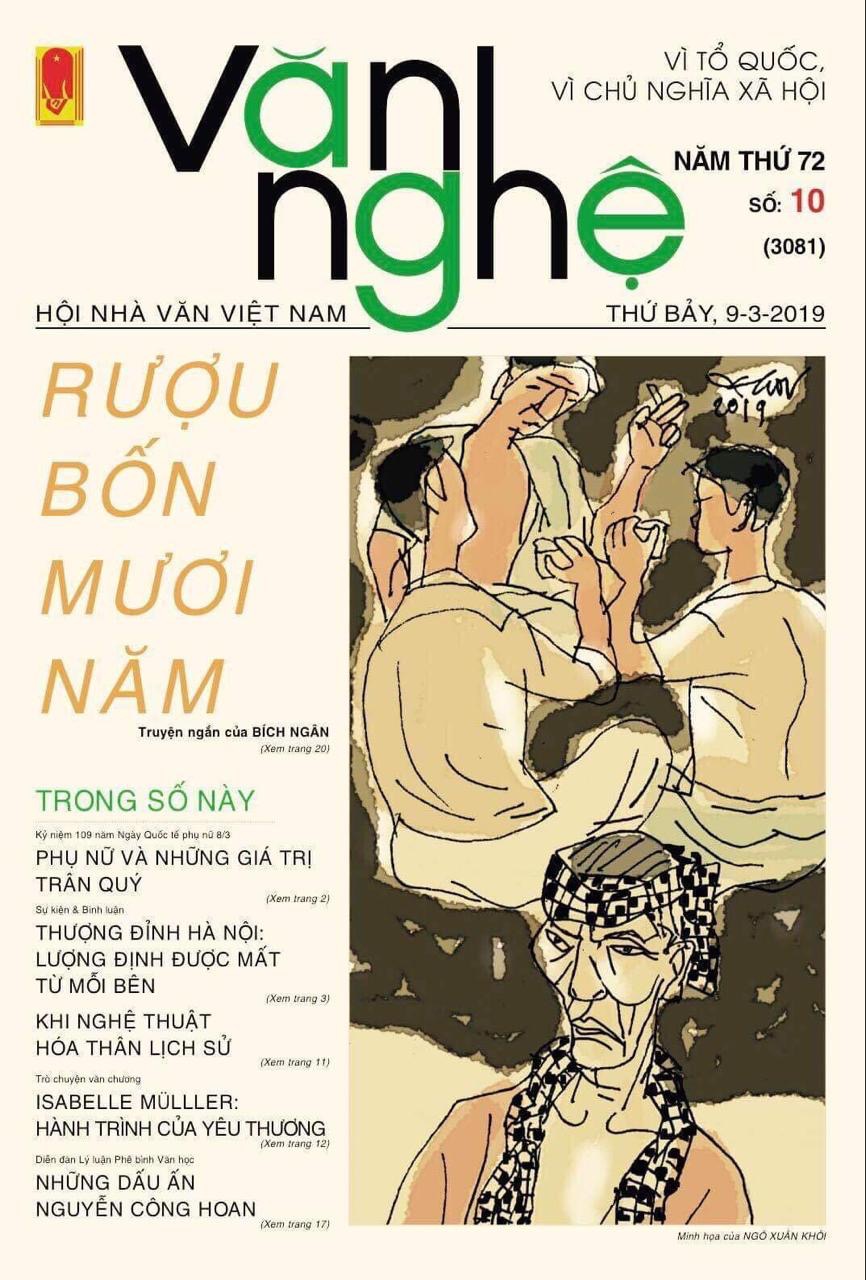 Interview from the magazine “Van Nge” on the occasion of the International Woman’s Day 2019: https://loan-stiftung.de/artikel-van-nge-08-03-2019 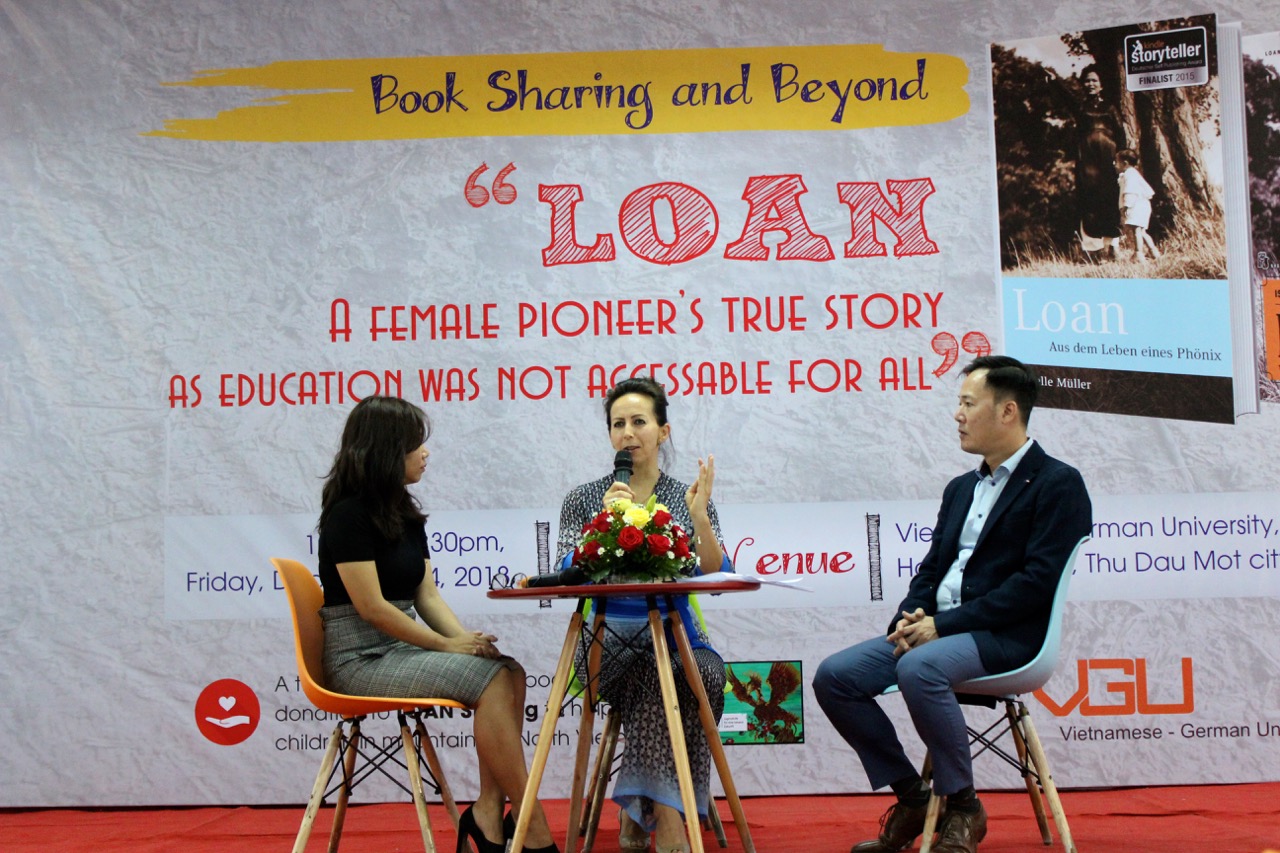 “Loan – A female pioneer´s true story as education was not accessible for all”: https://vgu.edu.vn/web/cms/new-model-university?title=Loan—A-female-pioneers-true-story-as-education-was-not–accessible-for-all&id-bai-viet=3431664&pid=CmsHienThiBaiViet_WAR_cmsportlet_INSTANCE_Ui9vxs95kvTY&reCall=1 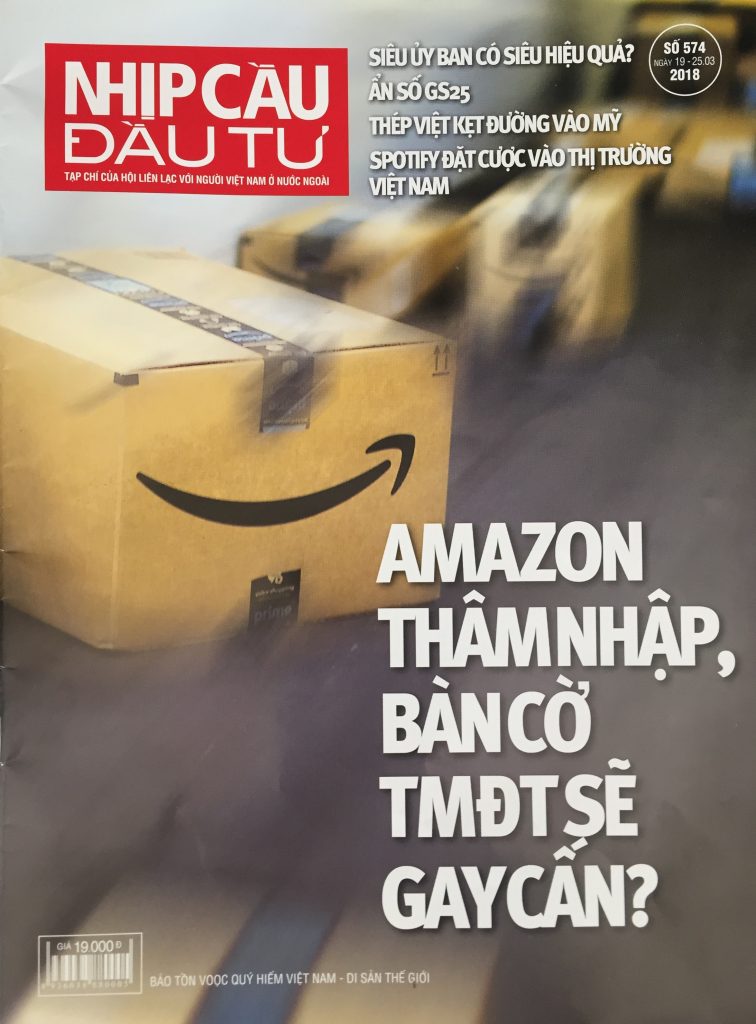 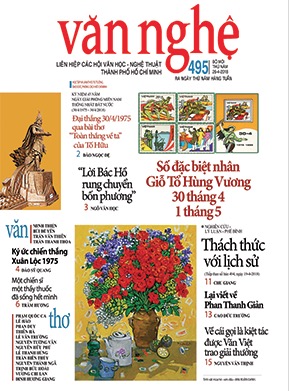 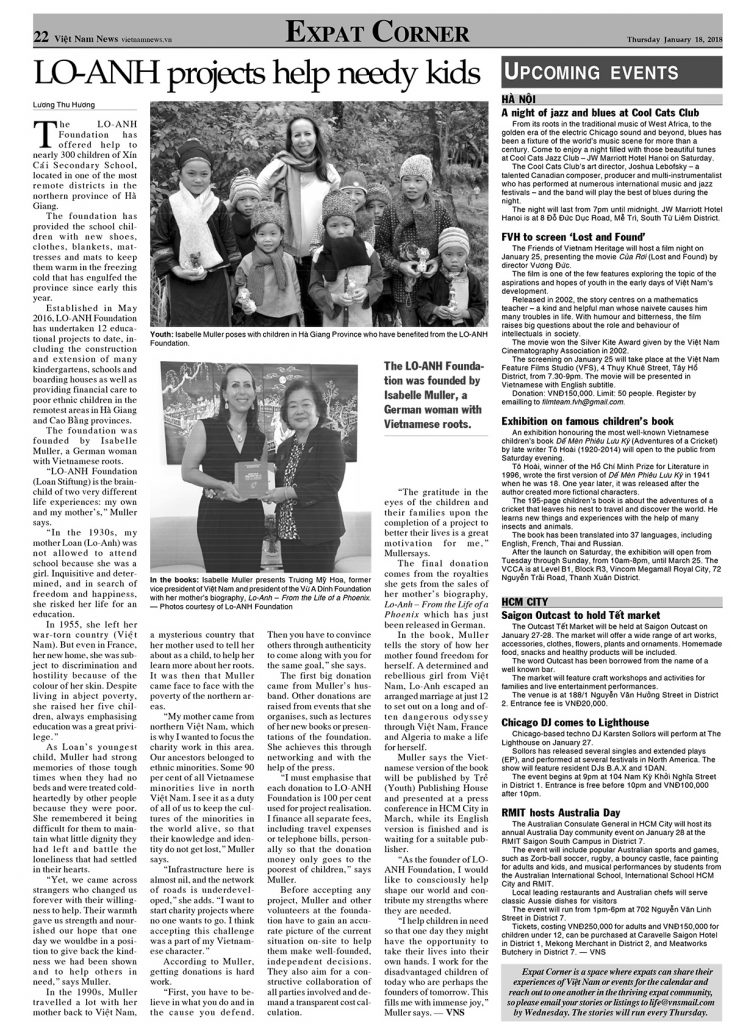 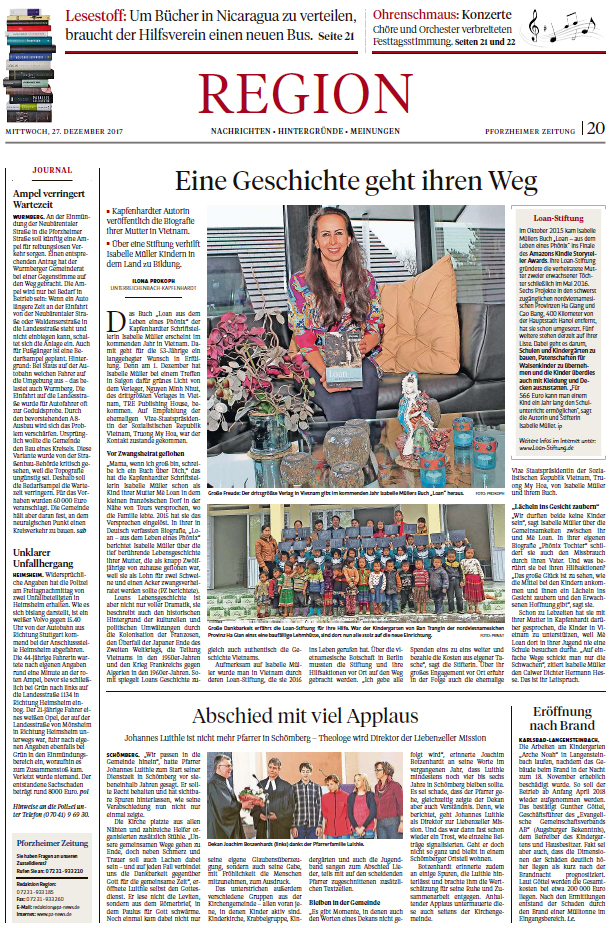 A story goes its way 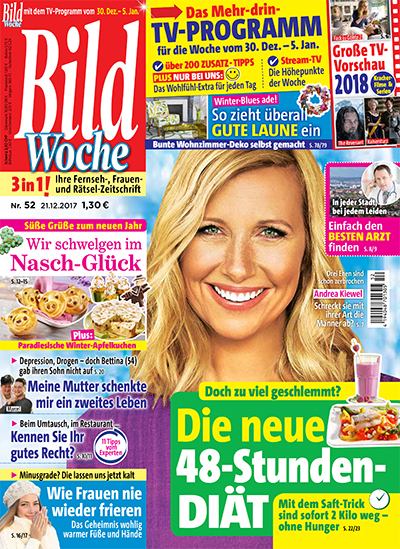 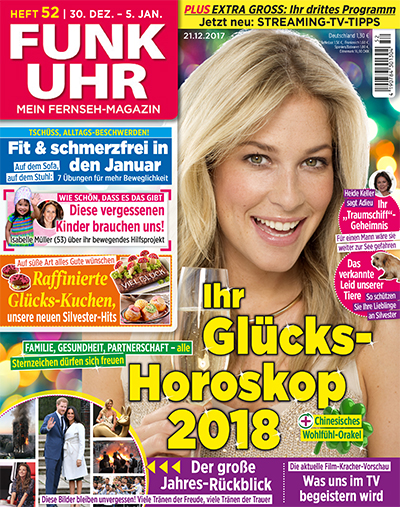 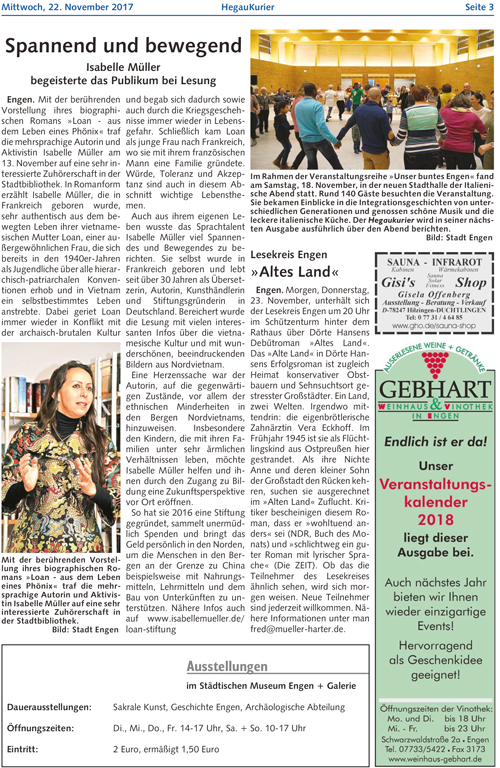 Little woman with a big legacy 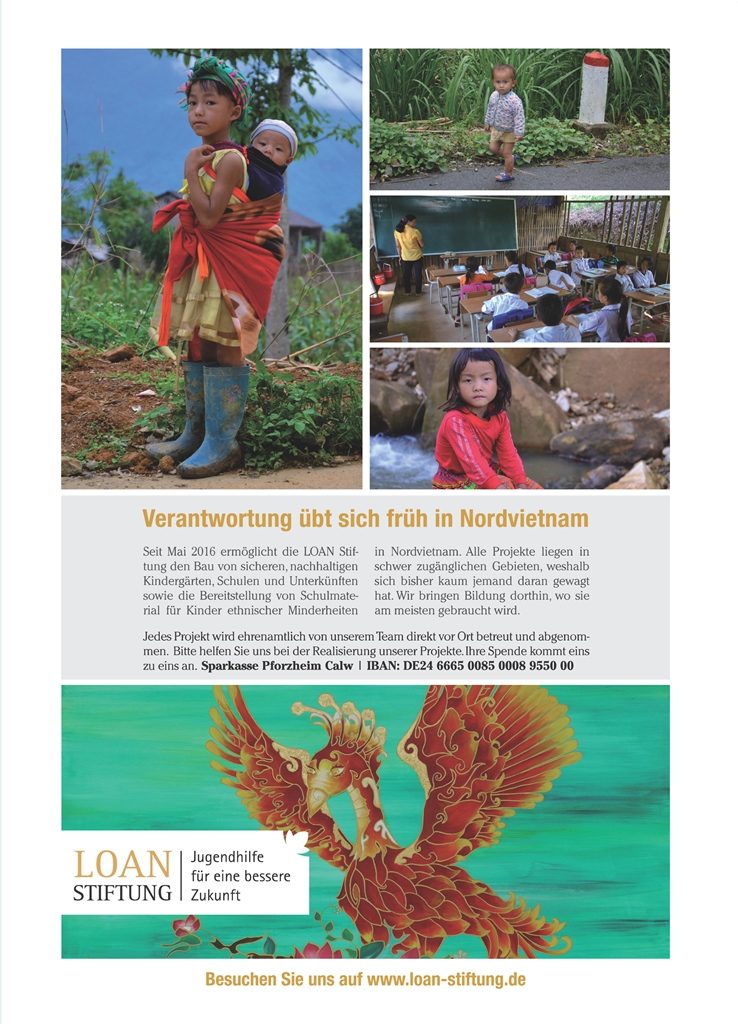 “Christmas special with the Rotary-Club”

Proceeds for two projects / 160 profits behind the door 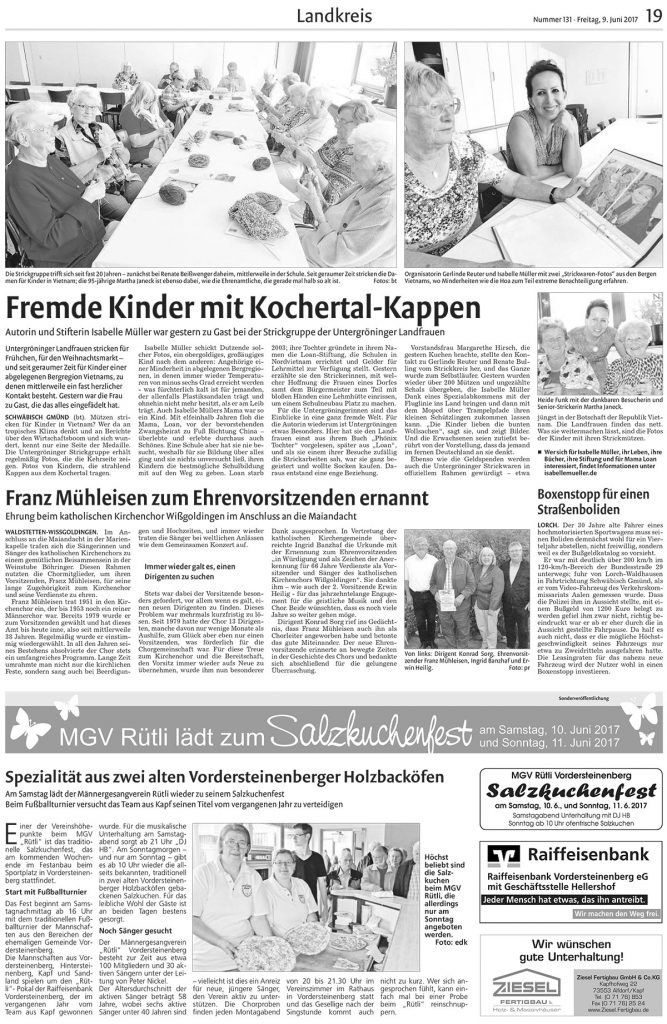 Yesterday, author and humanitarian Isabelle Müller was a guest at the Untergröninger women’s knitting group Untergröninger women knit hats for preemies, for Christmas markets – and also for children in remote areas of Vietnam, establishing warm connections with the region. Yesterday, they welcomed the woman who ties it all together.